The Lost Book Of Enoch

The Lost Book of Enoch is mainly composed of the First Book of Enoch, also called the Ethiopic Book of Enoch. This is called a “pseudepigraphical work,” meaning one that is not included in any canon of scripture, outside of even the Apocrypha. The only complete extant version is an Ethiopic translation of a previous Greek translation made in Palestine from the original Hebrew or Aramaic.

The Enoch of the title was the seventh patriarch listed in the book of Genesis. There was more than one book on him in apocryphal literature, especially during the Hellenistic period of Judaism. He was believed to be the recipient of secret knowledge from God and is therefore one of the branches of the gnostic heresy. 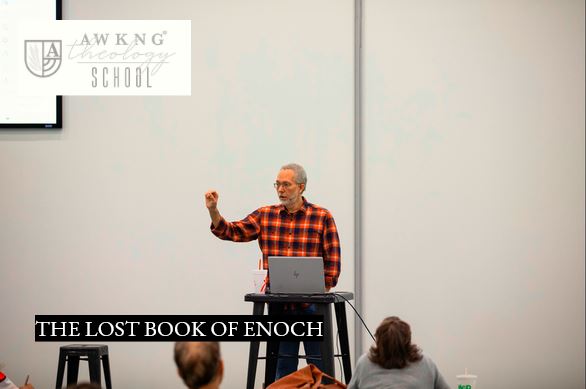 The Book Of Enoch

The book we now title “1 Enoch” or the First Book of Enoch, was well known to early Christians, if not widely circulated. The Book of Enoch is a literary work that found popularity among Jewish communities in the Second Temple Period, which is the era that Christ manifested. It is rich on themes that New Testament writers either presupposed or borrowed on for their manuscripts. This led to an understandable question among some early Christian thinkers at the time of its re-emergence, should The Book of Enoch be considered inspired and thus “Scripture” in the manner of other books in the Old Testament? Ultimately, mainstream Christianity decided that it shouldn’t, all apart for the Church in Ethiopia. Reading the book is to raise those questions again.

The Book of Enoch is online and easily accessed. It should be known that The Book of Enoch is a compilation of several separate works, most of which are apocalyptic. Parts of The Book of Enoch may have originated with or been influenced by the Essene community of Jews at Qumrān. No fragments of the longest portion of the work, however, were found among the Qumrān writings. This has led scholars to theorize that this section was perhaps written in the 2nd-century ad by a Jewish Christian who wished to imbue his own eschatological speculations with the authority of Enoch, and added his work to four older apocryphal Enoch writings.

The first of the Enoch Books was initially accepted in the Christian Church but later excluded from the biblical canon. Its survival is due to the fascination of marginal and heretical Christian groups, such as the Manichaeans, with its syncretic blending of Iranian, Greek, Chaldean, and Egyptian elements. In short, it provides valuable contextual information on the character not just of early Christian thought but also of religious belief of surrounding communities and people groups.

The Book of Enoch is composed of various monumental works. The Book of the Watcher, tells the story of fallen angels from Gen 6:1-4 that took wives, created the Nephilim, and taught advanced technology to mankind, ultimately leading to the great flood and their destruction. The Parables of Similitude, is an apocalyptic book about the Son of Man and the Ancient of Days. These ancient prophecies of Jesus are directly in line with what we find in the Bible, and are remarkably similar to The Book of Revelation. The Book of the Courses of the Heavenly Luminaries is a detailed account of the stars and their functions. The Dream Visions is the prophecy of all human history, from the creation of mankind all the way to the end times and the final judgement. The past, present, and future are foretold in grand detail. The prophecy of weeks is similar to the prophecy structure in the book of Daniel. The Concluding Section reminds us how we should live. Enoch recounts the lessons and wisdom he has learned in life, and that ultimately we are all subject to God. Finally, The Noah Fragments is the untold story of Noah from the Bible. We learn more about his mission to save all humanity and the struggles of his father Lamech and his grandfather Methuselah. Each work is independent, but all the works are bound by a common theme: the punishment of the wicked and the blessedness of the righteous.

To get more information on courses and other biblical topics see AWKNG School of Theology, or contact us with questions.